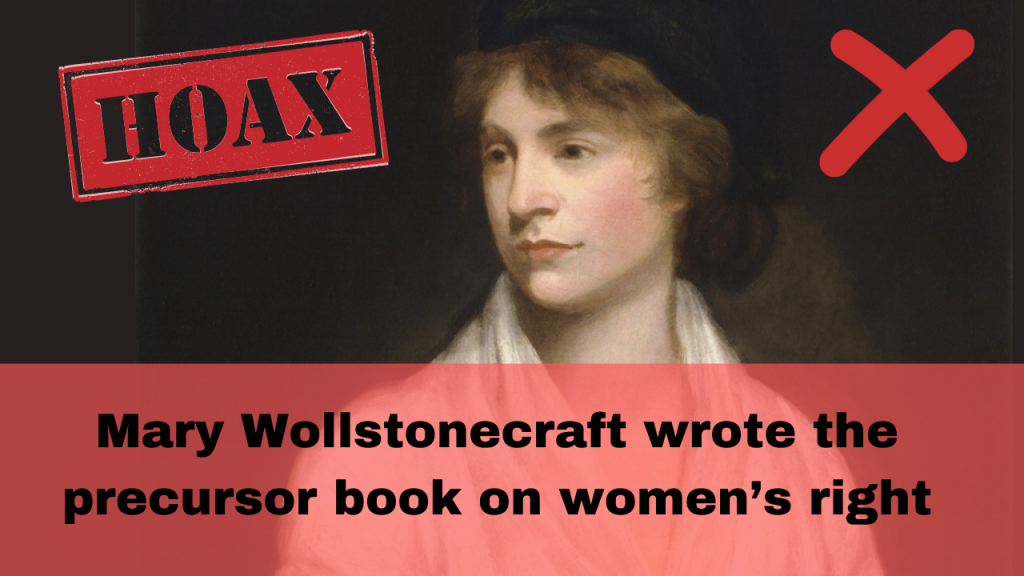 Mary Wollstonecraft wrote “Vindication of the Rights of Men”. Even if such statement was ment to be understood as “as universal rights”, thus including women, she did not purposely mention the rights of women. Nevertheless, that was indeed the approach of Condorcet, who that same year published “On the Admission of Women to the Rights of Citizenship” (Condorcet, 1970, as cited in Ansart, 2009). In his writing, Condorcet especifically mentions that legislators have violated with tranquility the rights of half of the gender to participate in the formation of laws (“[les législateurs ont] violé le principe de l’égalité des droits en privant tranquillement la moitié du genre humain de celui de concourir à la formation des loi” Condorcet 1790, as cited in Verjus, 2019). Wollencraft first purposely talked about women in her text “Vindication of the Rights of Women”
It is also true that Wollstonecraft had written abouth gender roles before 1790, but that had been done as well by other authors, such as the Greek poetess Sapho, thousands of years earlier.
Some authors (Frick, 2020, based on Todd and Butler) state that she published both text on 1789, which is inaccurate according to the data available on the Wollstonecraft’s publication.

It’s coercive discourse when someone invites you for drinks and then pretends to have sex with you
Many girls/women have experienced this, when you are in a bar and a boy/man constantly

Bathrooms were separated by sex to prevent sexual assaults
COMMENT: It has been argued that the separation of bathrooms is a sexist, paternalistic or