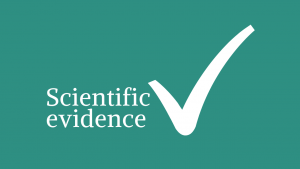 Some toys have brought gender stereotypes with them for a long time now, as most are made to fit stereotypes and societal norms which dictate certain things as appropriate for girls while others, instead, are made for boys. Society’s expectations and roles that are associated with being a man or being a woman are being imposed on children from birth, leaving little room for them to make their own opinions of the subject. A little girl has been born and you need to buy her a gift? Something pink or cute would probably come to mind. Or even maybe a doll, a soft toy or things related to arts and crafts. Would you buy this for boys as well? Probably not. Instead, you would get your hands on miniature cars or toy soldiers.

And this is not an unknown fact, for several articles have already talked about the subject, doing several studies on different groups of children. About children’s toys preferences, Davis, J.T.M., & Hines, M say: “Our results suggest that children’s toy preferences might become more gender-related with age, as predicted by several theories of gender development. Children might be encouraged, through socialization pressures such as modeling and reinforcement, to prefer same gender-related toys, and the effects of this socialization may accumulate as they get older (Fagot, Rodgers, & Leinbach, 2000).” Moreover, “(…) the meta-analytic results suggest that girls and boys show gender-related differences of similar magnitude, both for broad groups of toys and for dolls and vehicles, specifically.”

The fact that “boys prefer cars” and “girls prefer dolls” is largely influenced by parents: “Infant preferences for toys, or at least those of female infants as observed in the current study, appear to be influenced by parents’ selection, which is often “gendered” from the beginning of life. Children’s physical and social environments are typically gender-congruent as they engage in corresponding conducts and activities (Blakemore et al., 1979).”

These stereotypes tend to appear from an early age, and the parents are not the only ones responsible for them, but also the social environment of the children. And that’s where sanctioning appears, following Skočajić, M.M., Radosavljević, J.G., & Okičić’s research: “Our study shows that, at early preschool ages, children are not only aware of gender norms, but also ready to sanction peers violating them. Boys seem to be more likely to stereotype, particularly the masculine stimuli, and be sanctioned for not conforming to stereotypes.”

Therefore, we can say that there is, in fact, gender bias in children’s toys (in addition to other things, like colors), and this has a great social impact and is one of the causes/bases of gender discrimination. Thus, we can observe that toys themselves are not gendered, but it is the social and cultural influences which bring gender stereotypes to them. One of those influences, and the most important, is the parents themselves, as stated in the articles. As one of the articles says: “(…) gender stereotypes are a pervasive aspect of young children’s experience, starting from an early age and possibly even growing stronger through the preschool years. By adopting gender stereotypes, children are taking on a worldview that allows sanctioning of the counter-stereotypical behavior of their peers and which could be the seed of gender-based discrimination later in life (Skočajić, M.M., Radosavljević, J.G., & Okičić, 2020).”

Boekee, K., & Brown, T. (2015). Gender Stereotypes of Children’s Toys: Investigating the Perspectives of Adults Who Have and Do Not Have Children. Journal of Occupational Therapy, Schools, & Early Intervention, 8(1). https://www.webofscience.com/wos/alldb/full-record/WOS:000439352100007

Gender stereotyping in infancy: Visual preferences for and knowledge of gender-stereotyped toys in the second year (2001). International Journal of Behavioral Development, 25 (1), 7–15. https://www.webofscience.com/wos/alldb/full-record/WOS:000166344300002