Pedophilia is not a sexual orientation

More details can be checked in the following articles and references: 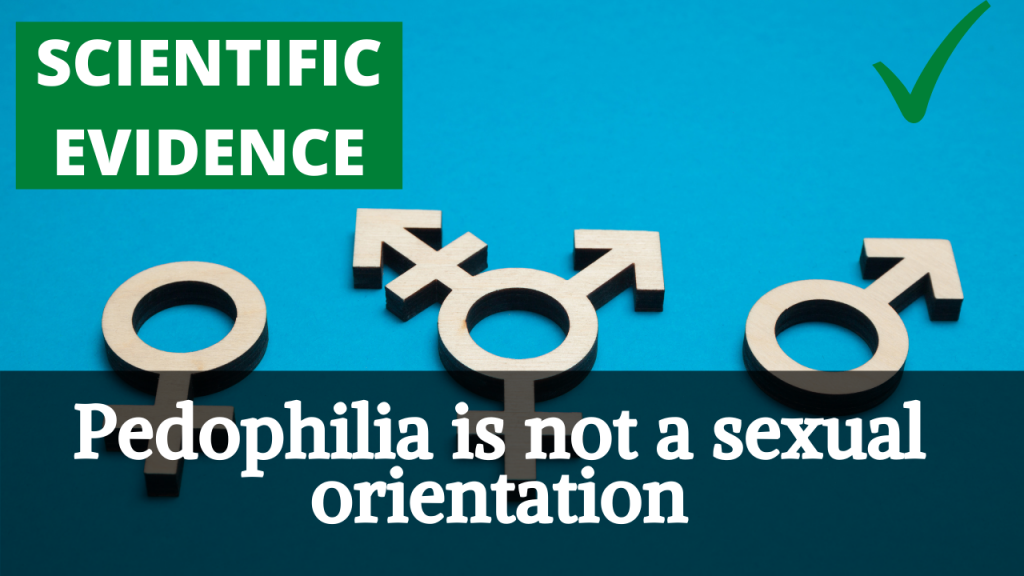 There is roboust evidence which shows that pedophilia is not a sexual orientation. In this regard, American Psychological Association has considered it as a mental disorder.

Similarly, there is also evidence about the nonexistent significant relation between pedophilia and homosexuality.

Sexual orientation tells us about the romantic, sexual or affective attraction towards people of the opposite sex or gender, of the sex or gender, or of both sexes or more, in this case we speak of love or simple preference, on the other hand when we speak of pedophilia we see control and violence, we speak of an age-related “preference”, therefore we do not speak of love. You can find much more information through the following page where we can find an interesting article that studies pedophilia as a possible disorder.