See the following literature (and add more to it!) 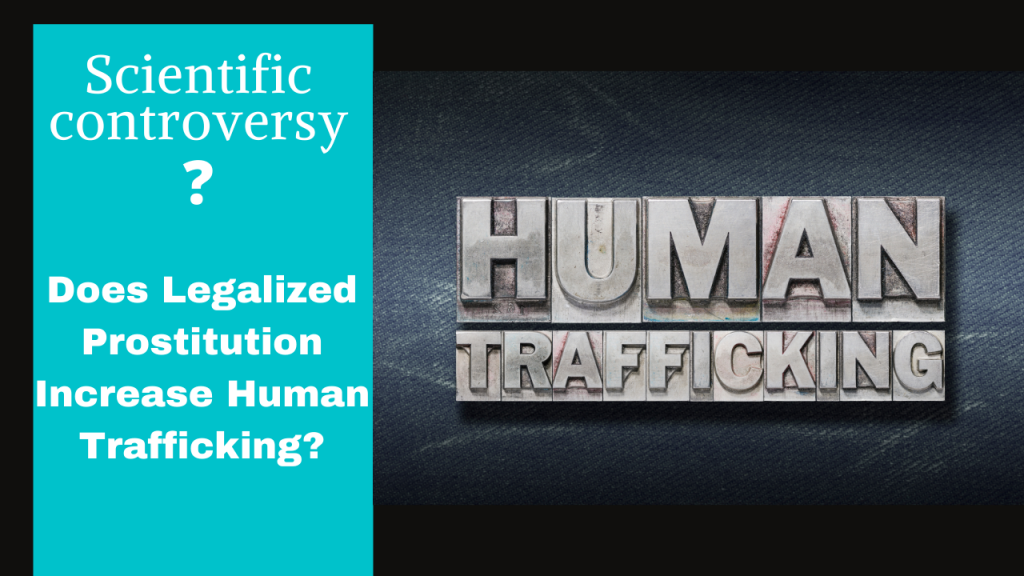 “In order to safeguard the morality of prostitution it is of paramount importance not only to legalize it, but also to morally destigmatize it. In addition to all the discussed reasons pertaining to transparency, consensus and sincerity, the safety of prostitutes and their clients (protection against crime and the spread of STDs), as well as the fact that taxable prostitution benefits the state and its citizens, leaves no doubt regarding the status prostitution ought to have in society.”

Could it be that prostitution is seen as “bad” and as facilitating human trafficking because western point of view is dominant in science?:

“hegemonic feminist debates on the subject of trafficking in persons and sex work, especially the abolitionist, as well as the hegemonic anti-trafficking discourse, often reproduce colonialisms, cissexisms and racism, due to the way trans* migrant sex workers from the Global South are represented. Therefore, many laws, regulation, and norms designed to confront trafficking in persons/migrants or to criminalize the purchase of sex bear hidden interest: that is, to eliminate prostitution and migrants from the Global South, especially those who deviate from moral Christian, white and cisheteropatriarchal norms. The self-determination, the capacity and the conscience of all the people positioned within the context of sexual work must be respected and it is necessary to understand that given the severe oppression of patriarchal, transphobic, colonial, state and capitalist relations, sex work and migration to the European continent reveal themselves as a search for the means of survival, resistance and independence. Sex work does not in and of itself generate victimization and is not directly associated with sexual or moral violence”

I find this question very relevant since there is a growing social concern regarding the consequences of sex trafficking and the protection of victims and survivors.

Comparative studies show that Australia and the Netherlands, countries that regulated prostitution hoping to combat organized crime and to provide safe spaces for women in prostitution, have failed in their purpose. In fact, evidence suggest that countries where prostitution has been legalized & regulated have worsened the situation of migrant and younger women. In the Netherlands, 5% of women licensed in the “sex work” sector “started” as minors (therefore, according to the Palermo Protocol and European legislation, they were victims of human trafficking). In the “escort” sector, more than 10% are minors and more than 50% are girls under 20 years old.

At the European level, the adoption of a regulatory model in some countries has led to a greater number of victims of trafficking. In contrast, the development of the abolitionist model in the Nordic countries, which involves the decriminalization of victims and the criminalization of clients and traffickers, has led to a lower number of victims, as well as an increase in social awareness and a reduction in demand of prostitution.