Historic and Cultural Route through Barcelona at SIS2016 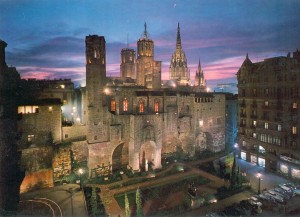 Barcelona is a city with more than 2000 years of history. Founded by the romans, it was in the Middle Ages that it became a great Mediterranean city, as shown in the splendor of its gothic buildings. In the centuries after that,  it became the scene of conflicts and revolutions, the Spanish civil war left a profound mark in it, being the city most bombed by aviation until World War II. It was also the scenery of great artistic manifestations and inspiration to writers like Cervantes, Orwell and Lorca, painters like Picasso and Miró and scientists like Einstein.

We will discover all these and much more, in this route. Routes will depart  from the conference venue at 7:30 pm from meeting point. You can obtain more information at registration desk.

Limited slots. Registration can be made through this link.