In these articles there is more evidence in the same direction: 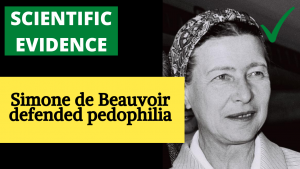 There are articles proving this evidence. According to Zizek (2018) in 1968, “the French “progressive” press published a series of petitions demanding the decriminalization of pedophilia, claiming that this would abolish the artificial and oppressive culturally constructed frontier that separates children from adults, and would extend to children the right to freely dispose with one’s body” (p.127). Among the people who signed these petitions, there were Simone de Beauvoir, Jean-Paul Sartre, Jacques Derrida or Michel Foucault, among others (Mohiuddin, 2008).