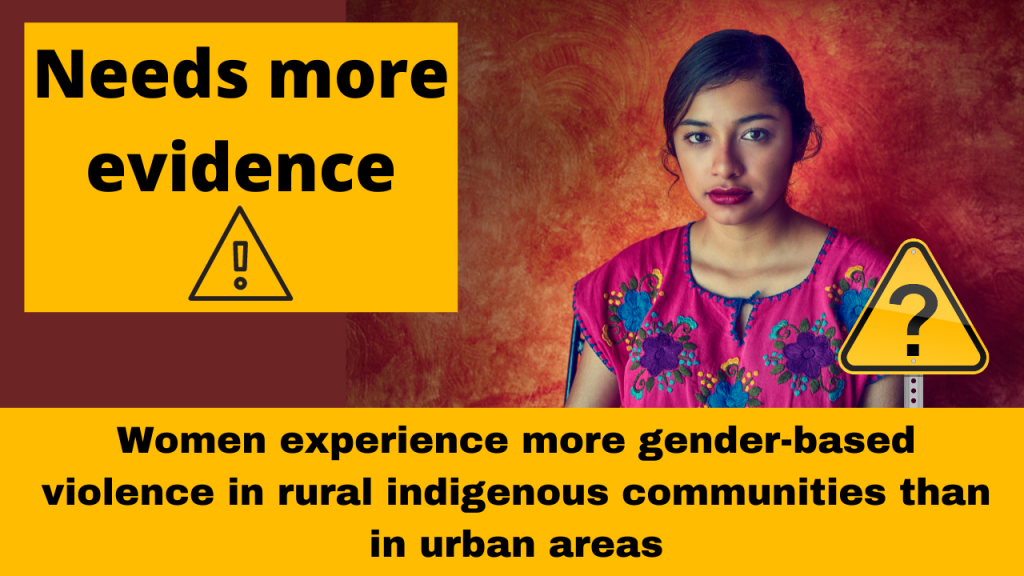 In Latin America the indigenous people, who often live in rural areas, are commonly labeled as more sexist and chauvinist than those living in urban areas. Thus, it is assumed that women living in those communities experience more gender-based violence than other women who live in urban areas and cities. Since I know no scientific evidence backing that assertion, I believe it might be a hoax.

It is a claim with little scientific support, and the evidence is not serious since it is carried out from a biased methodology of research. However, the research does have extensive evidence that they are more vulnerable and have more difficulties to report a case of harassment. Sartucue project evidence that in Roma women: https://gedime.uab.cat/es/Sartucue

Also in this line, United Nations made a report: elimination and responses to violence, exploitation and abuse of indigenous girls, adolescents and young women (2014). And the evidence is that indigenous women and girls suffer more discrimination and exclusion, also, front a violence case because:

Indigenous women and girl’s experiences of violence is closely linked to the history of colonization, poverty and exclusion of their wider communities – best contextualized in terms of the intersections of race, ethnicity, disability, age, sex and location and mutually reinforcing forms of inequalities. These conditions ensure that they do not benefit to the same extent as their non-indigenous counterparts from services which would otherwise protect them from violence and enhance their ability to seek redress when it does occur (UN, 2014, 1)